Charm "Turkish eye" is the traditional amulet of Turkey, endowed with special magical powers. You can now buy online shop "Magic of elements".

The story of his appearance is shrouded in a cloud of mystery, there are many legends and assumptions. Oriental peoples are shunned and feared blue-eyed people, believing them to be Devil worshippers. However, the amulet in the form of the blue eyes attributed to the unique protective properties.

The eyes are the mirror of the soul. This is according to the Turks, Yes, not only Turks, but most people on the planet. A powerful talisman against the evil eye is considered the "eye of Fatima".

Today in Turkey, almost in every souvenir shop you can purchase the amulet from damage, bad influence "Nazar" - so called in this country. Moreover, every seller will tell a beautiful story, a legend associated with it. So, the famous prophet Mohammed was a daughter, the names of Fatima: a very beautiful girl. Seeing her beloved in a military campaign, she handed him the stone Nazar, who defended and protected him from damage, the evil eye, was warned about all the dangers in his difficult journey. This stone she put all her boundless love and devotion. Betrothed came back alive and healthy, and the stone has gained immense magical power, became known throughout the world. Externally, the amulet is disc-shaped, blue with a white circle and a black dot in the middle.

Worldwide, it is believed that wearing an amulet or talisman is required in a secret place, hiding it from people, but Turkish charm "Blue eyes" is another story. His magical powers he acquires only when he is in sight. Amulet, hidden under clothing, loses its properties. It can take a long journey on important events in their lives, places of a mass congestion of people.

Using stone from the Turks is the reason particular belief. It is believed that if the talisman was broken, it has exhausted its force, reflected a powerful negative impact. That is why the fragments should be buried in the ground, several times thanking the mascot. With gratitude should go to the stone in case it's lost, because losing again is associated with loss of power. After that we should immediately buy a new amulet.

Buy Turkish charm "Blue eyes" in the Internet-shop "Magic of elements". Here are the most powerful talismans are made in accordance with the ancient canons and traditions. We offer: 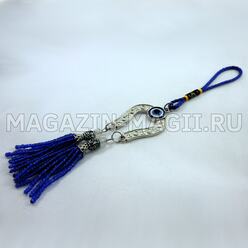 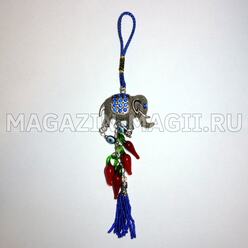 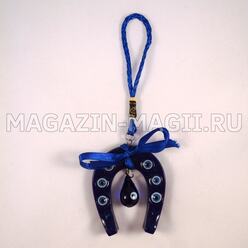 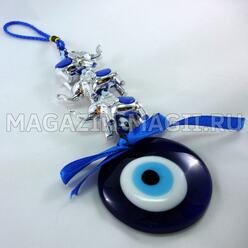 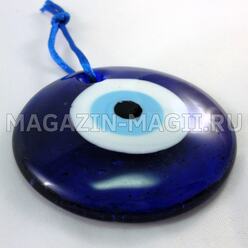 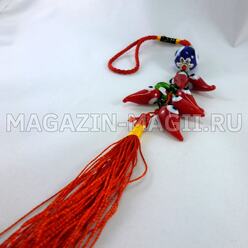 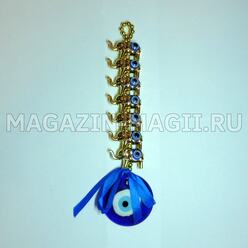 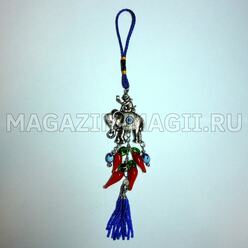 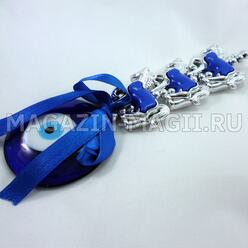